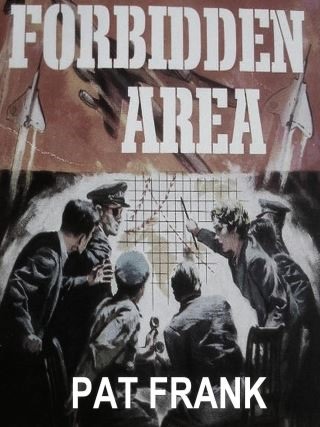 From the author of the post-apocalyptic classic Alas Babylon, comes this eerie, cold war thriller. A young teenage couple having a rendezvous one night on a beach in Florida suddenly sees a submarine emerge from the ocean. Armed soldiers disembark the vessel and a Buick drives off its landing ramp. For Henry Hazen, who is scheduled to ship out to an army training camp the next day, the sight leaves him uneasy, but he tells no one what he has witnessed. Katherine Hume is the only woman working for the Pentagon's Atomic Energy Commission. From intelligence they have gathered, she and her team are convinced the Russians are poised to conduct a nuclear attack on the U.S. on or shortly before Christmas. But convincing their superiors an attack is imminent is proving far more difficult than she could have imagined–even after several stealth fighter planes and their pilots go missing over the Gulf. Banker Robert Gumol sees all the signs that the big attack is finally coming. As a reluctant spy for the Russians, Gumol's loyalties lie more with his adopted country than his motherland. Deciding to take the next flight to Havana, he risks being executed by the Russians if his betrayal is discovered–but he's willing to put it all on the line for a chance at freedom. With the clock ticking, the fate of America hangs by a very thin thread. A classic of science fiction that is a cautionary tale of the dangers of nuclear power, Forbidden Area is as timely today as it was when it was first published in 1958.